A new bombing campaign was voted for in Parliament a couple of days ago to rid us and the Iraqi people of the threat of ISIL/ISIS, now correct me if I’m wrong but didn’t Tony Blair start an illegal war back in 2003 telling us that this would stop this type of thing happening in the future? I think he did.

Just on a side note I still constantly piss myself laughing that he became the EU reprasentative as a Middle East Envoy, fuckin’ classic.

Anyway, what the fuck is going on here, we arm ISIL/ISIS in order to fight some other middle eastern people who don’t like the west, then ISIL/ISIS decide to turn on the countries who want them out, the other countries call on the west to assist in this, problem being we don’t necessarily like or agree with these countries governmental policy, but, we do like their association with Saudi Arabia, and do NOT want to piss them off, if we do who will we buy our oil from, who will we sell our luxury goods to, and most importantly who will buy masses and masses of our weapons. 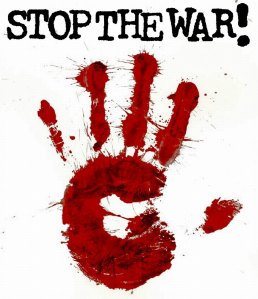 So, again we sell these countries weapons and ammunition in order to kill and maim their enemies, their enemies might be friends of ours so we then arm them to fight back, double kerching for the Department of Defense and the arms dealers, next stage is the countries involved in conflict are then tasked with rebuilding their towns and cities, more than likely they will contact our government to assist with this, creating more wealth for our UK warmongers and supporters, meanwhile the innocent citizens from these countries are left to deal with the devastation of lost homes, loved ones and stability.

In his speech David Cameron stated the this conflict “could last for years if not decades”, and if the figures are to be believed it could cost up to £3 billion to finance it, how much of that money could be used to fight poverty in the UK? He also stated that the new campaign has nothing to do with the pervious conflict that war criminal Blair led us into, well this is a bunch of lies, he also stated that “this conflict cannot be solved by perceived grievances over western foreign policies, nor can it be solved by dealing with poverty, dictatorship, or instability in the region” What fucking absolute bullshit, it is poverty, dictatorships and instability that has brought this situation about, the west has created this instability by bombing the shit out of their country and killing their people 11 years ago, this in turn has produced poverty, land which was used for growing crops  now house minefields, sanitation has went to shit, if you pardon the pun, and a new dictator has been put in place, a new dictator that has been sanctioned by the west to control the people and to bring more wealth to the west mind you, it’s simple economics, that’s how a capitalist system works, keep the poor controlled, keep the wealthy rich and in power. 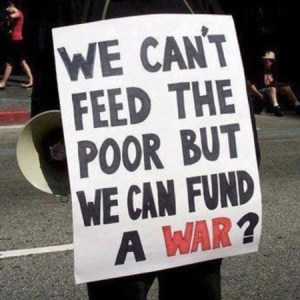 My message to David Cameron is, Britain is not under direct threat from ISIS/ISIL, why? because they do not operate in our country, they do not occupy our country, period, they have occupied countries that you want to do business with, countries that you want to exploit in the name of capitalism, the British citizens that have defected to these terrorist organizations are a direct result of your neglect to include them as part of British culture, you continually harass them for their skin colour and religious beliefs and then wonder why they feel left out! The biggest threat to your government and power is us the normal british people, you know that your policies neglect our needs, you have allowed our industries to be closed creating mass unemployment, you have eroded our National Health Service to the point of destruction, you have sold off all our publicly owned businesses and we are getting sick and tired of it and WE can end your reign of power, and it scares you shitless that there could be a revolution in your own country perpetrated by you and your like and the revolution will be fought by normal working class people which little or nothing to lose, so, how do you protect this? by using scare tactics, war, terrorism, drugs, and tell us that these things are all out there threatening our simple way of life, but don’t worry, your friendly politician will take all these scary things away from you, just let us do what we want and you can settle down to watch the latest episode of Coronation Street or some other mind numbing TV show, play your computer games, just don’t take any interest in what we do, stay at home, don’t come out, it’s too scary for you, they try to keep us subservient don’t allow us to question anything, do that and everything will be OK.

No War but The Class War